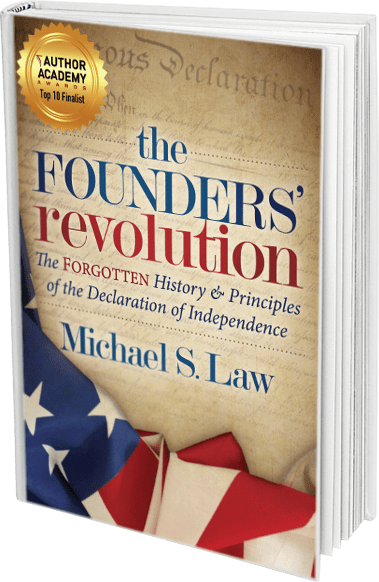 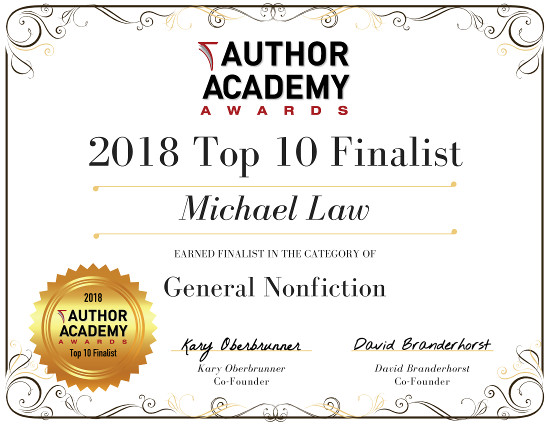 Michael Law’s The Founders’ Revolution is a revealing and much-needed retelling of the writing of the Declaration of Independence and the events that led up to it. But this is more than a book of history. Law brings out connections between the reasons for the Founders’ revolt and what’s going on in America today. He shows how our federal government is committing similar wrongs against us today as England’s king and Parliament did to Americans centuries ago. The Founders’ Revolution is a rallying cry for Americans to pay closer attention to their own government’s actions and to hold officials accountable for their decisions against us, the electorate. Pay heed to what Law has to say. We are losing our liberties―and we do not have to!

William D. Watkins, award-winning author; author of The New Absolutes; former director of publications for The American Center of Law and Justice

This is fantastic… if you love history and you love this country! Speaking of the Constitution, if we ever had the need to understand what our Founders believed, what they intended… I’ve got a great book for you to read. It teaches you and your children some incredible principles about the Constitution. Everything in the book is from the original source documents. Original sources are what we need today because those have not been tainted by progressivism. I absolutely love it!

Abraham Lincoln, the Great Emancipator, understood the principles Jefferson defined in the Declaration of Independence and acted upon. Before his election to the presidency, Lincoln spoke about the principles of Jefferson and tried to convince others to return to those principles. In 1858, Lincoln spoke in Lewistown, Illinois about this matter. One of the principles established the truth that the Founders designed a system, not for property-owning, rich, white men, but for all humanity. Lincoln said that Jefferson “established these great self-evident truths that when in the distant future some man, some faction, some interest, should set upon the doctrine that none but rich men, or none but white men, were entitled to life, liberty and the pursuit of happiness, their posterity might look up again to the Declaration of Independence and take courage to renew the battle which their fathers began. … Now, my countrymen, if you have been taught doctrines conflicting with the great landmarks of the Declaration of Independence; if you have listened to suggestions which would take away from its grandeur and mutilate the fair symmetry of its proportions; if you have been inclined to believe that all men are not created equal in those inalienable rights enumerated by our charter of liberty; let me entreat you to come back. … [C]ome back to the truths that are in the Declaration of Independence.”

has focused much of his life’s research on the Founding Era and the Founders of the US. He has a bachelor’s in political science from Boise State University and a master’s degree in political science from American Public University emphasizing US history and government. He continues to personally study from the writings of the Founders and their history, remaining focused on the Founding principles. He applies his political expertise locally, including involvement in local government through serving on his local school board. He has been married for twenty-four years to his wife, Kaori, and has three children.