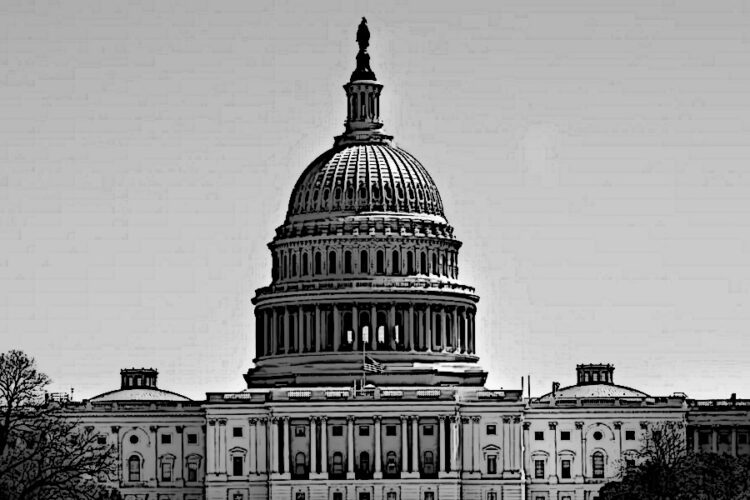 With all the political rhetoric being tossed around these days, with both sides accusing each other of dastardly deeds in their own eyes, I thought I would throw in my own two cents and figure that that will be worth as least as much as anyone else’s simply because opinions are just that- not worth two cents. What is important is facts. The two myths that I refer to and will go into a bit more detail are that Democrats have two standards and that the country is governed by the rule of law — a nation of law and order. Both myths, the double-standard idea and the rule of law idea are just that- myths. I will take them up in the order mentioned.

First, Republicans, talk radio, Fox News hosts and nearly everyone that is not liberal or Democrat make the claim that Democrats have double standards — one standard of rules for themselves and one for everyone else, particularly for Republicans. This is false. The reason for this is simple. Democrats believe as one anti-Christ taught so many years ago, whose name was Korihor, that “every man fared in this life according to the management of the creature; therefore every many prospered according to his genius, and that every man conquered according to his strength; and whatsoever a man did was no crime.” Similarly, W. Cleon Skousen wrote that Karl Marx set out to create a breed of men “who would no longer depend upon free will, ethics, morals or conscience for guidance.” Basically, what this does is foster criminal activity. If one has no morals, conscience or any other ethical thinking, particularly religion, to guide them in what the rules are or should be, then their simple standard is that whatsoever a man did is no crime.

What does this mean with regards to the myth? Their rule is that whatever a person thinks is right, is right. Thus, the Democrats simple morals are that with regards to themselves there is no such thing as a crime. Their way of thinking is that they should be in power and whatever it takes to get it is according to his genius and strength, whether using their violent rioting minions to strike fear into the populous, enslaving the populous with burdensome taxes and regulations, whether openly lying to the people, including their fellow Democrats or anybody else in order to get gain, both financially and for power. As Karl Marx said, one of his purposes in life is to “dethrone God.” Democrats have done so in their lives and insist everyone else do so, too. Thus, when they routinely break any of the 10 commandments, given by God to Moses, or violate the inalienable, natural rights of humankind, they can do so with impunity because with no God, no morals, no ethics, no conscience, there is no such thing as punishment for them. Where there is law, there is punishment. Where there is law or commandment, which is given by God, there is right and wrong. But to them, these things do not exist. The only morals or ethics that exist in their mind is how to get gain. If they are unable to achieve it because of those who live under a strict set of rules and laws, which laws include punishment for violations thereof, and expect others to do the same, it is in violation of their own ethics.

This standard applies to even Republicans. Whatsoever a man thinks is right is right— as long as you don’t interfere in their acquisition of power and financial gain. Most Republicans or conservatives or nearly anyone else have a strict set of rules, laws that must be abided, which laws include consequences, usually punishments for violations of the law. Thus, by Democrats’ standard, if that is what you think, you are free to live by those laws. However, you are not free to apply those standards to them, as their standard is no rules. But if you choose to violate a law and accept the punishment, that is up to you, as long as you don’t apply it to them.

Now, in the case of and from the point of view of those who are not Democrats or liberals, naturally, they are in violation of rules. For example, we witnessed over the summer of 2020, and throughout the year, in reality, lawlessness in riots that destroyed property, lives and people’s livings, history and much other destruction. Some were their minions who believe as they do and some were themselves, such as Governors Newsom and Cuomo, the mayors of Chicago, Seattle, San Francisco, Los Angeles, New York, and on and on, who destroyed businesses, people, property and allowed for the destruction where they were not personally involved. But from the point of view of Democrats, all was justifiable as it either solidified their own financial gain and power or increased it— perfectly in line with their “genius and strength,” and “the management of their creature,” themselves.

However, as we are beginning to see, even from the liberally-biased media, the minions, who were also doing the same when they attacked the capitol, that is, seeking for their own power and gain, were bad because it threatened their own power and ability to get gain. Again, lying is part of that, which to them is not lying but effecting their goals. Thus, when they blame the falsely labeled Trump supporters who attacked the capitol for the “insurrection,” or seek to hide what most people view as crimes, it is not punishable because they are simply following their own ethics, which is no ethics.

Simply stated, Democrats/liberals have one standard for all. Submit to their rule, which is seek for power and gain by hook or by crook, using whatever method is available, including death and destruction, chaos and cunning, lying and looting, mobs and mayhem, with the exception that these cannot be used to violate their ability to acquire power and financial gain.

The first myth, mentioned and detailed above, though all the details of this myth would fill volumes if listed, explains the second myth somewhat. The second myth is that this nation is ruled by laws. I would submit that it is ruled by people that pick and choose which laws to enforce. Moreover, these same people in government pick and choose which laws they will follow. Again, like the first myth, when it comes to Democrats and the like, the laws, which the average American believes apply to everybody with no exceptions whatsoever, apply only when it benefits themselves and does not apply when it does not apply to themselves. For example, the outcry over electoral college in most elections where the Democrat candidate loses the electoral vote despite winning the popular vote is typical. Yet in the most recent election there was no outcry but praise for the electoral college because it “protected” the vote they perceived as favoring their candidate, regardless of your position on the validity of the election. When the law favors them, all is good. But when it does not favor them, they assume there must be some plot against them, including the law itself. Thus, they tend to ignore the law.

The many examples of this nation not being a nation of laws but of whoever is in control of government are so numerous, again, as to fill volumes. A number of examples just in 2020 show how this is not a nation that is governed by the rule of law but rather a nation ruled by the individuals in power making laws. A typical ruler makes laws but is not subject to those same laws. With the pandemic of 2020 that continues, we have watched ruler after ruler make their own laws, in violation of the supreme law of the land, the constitution of both the US and their individual states, where guaranteed individual liberties have been trampled, checks and balances have been ignored, and rulers have disobeyed their own draconian mandates or recommendations, all done telling us that “It’s for your safety.”

This is not an extensive list. Furthermore, this does not take into account the numerous violations of individual liberties that are unalienable— the right to peacefully assemble, the freedom of religion, the right to pursue happiness, which includes being able to earn a living that government should be protecting rather than denying. The right to travel, to enjoy family, to educate their children (for which most people pay taxes towards but were denied the services, while still paying). The right to a trial by jury and a speedy trial have all been violated by numerous states, which also includes due processes before any action can be taken by any government. These all have happened because we are not a nation ruled by law but rather ruled by the whims of those that govern, which rules do not apply to them.

Rulers have violated the US Constitution with impunity. Laws that rulers themselves have passed made in pursuant to the Constitution, and most of the time those that they have passed made in violation of the Constitution, both have been violated by the rulers with impunity. From violations of elections laws, to destruction of government property, to giving aid and comfort to the enemies of the US, to violations of oaths of offices, to placing us under foreign jurisdictions and so on all demonstrate a nation governed by rulers and not by laws. Laws necessarily apply to all, including rulers. Otherwise, the law cannot be considered a law.

In my book, The Founders’ Revolution: The Forgotten History and Principles of the Declaration of Independence, I show how nearly all of the same violations by King George III against the colonies of America, as charged by Jefferson in the Declaration of Independence, are once again being championed by the federal government, in particular. State and local governments are at best slightly less culpable. All of these violations, both those enumerated and those too voluminous to enumerate are done with impunity by rulers. If the laws applied to rulers the same as the ruled, we could possibly be considered a nation ruled by laws. However, as this is not the case that rulers have the same rules applied to them, we cannot be considered a “rule of law and order” nation.

The other myth is that we are a nation governed by the rule of law. But instead, we are not ruled by law but rather ruled by the whims of those in power, or a nation governed by rulers. Until we recognize and seek to remedy these two myths, what most normal, decent Americans believe to be a double standard will remain, as will the nation remain governed by rulers, rather than by law. Apply the laws equally to the rulers, as well as to the ruled, and the nation will once again become a nation of law and order with one standard— the law. But until then, the unalienable rights of individuals, justice, and the blessings of liberty will continue to erode until they are virtually non-existent.

I hope that we will recognize that change is needed and that we will make the necessary changes, and thus secure to ourselves and our posterity the blessings of liberty in a nation governed by the rule of law, a nation with one standard for all— the law.