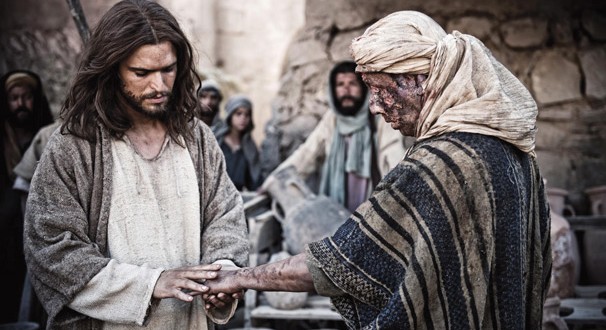 It is times like this that cause people to come together or cause them to tear apart each other, to show compassion for their fellow man or the lack thereof, to cause humankind to be of service to their fellow men or of disservice. Which it will be for us in our time of trial remains to be seen. The question for each one of us is what will we do to relieve the sufferings of our fellow man regardless of whether it is because of the viral outbreak, the financial difficulties or emotional issues or any other form of human suffering? Or are we only interested in serving ourselves?

I think of when settlers first arrived in America and the difficulties that they endured, not to mention the difficulties that their arrival brought upon the natives who had no immunity to the various diseases that Europeans brought with them. Of course, Europeans had no immunity to the diseases native to the Indians either. I would point to an incident that William Bradford recorded, and John Winthrop corroborated that occurred late in 1634.

Bradford wrote “This spring, also, those Indians that lived about their trading house there fell sick of the small pox, and dyed most miserably; for a sorer disease cannot befall them; they fear it more than the plague; for usually they that have this disease have them in abundance, and for want of bedding and lining and other helps, they fall into a lamentable condition, as they lie on their hard mats, the pox breaking and mattering, and running one into another, their skin cleaving (by reason thereof) to the mats they lie on; when they turn them, a whole side will flee off at once, (as it were,) and they will be all of a gore blood, most fearful to behold. And then being very sore, what with cold and other distempers, they die like rotten sheep. The condition of this people was so lamentable, and they fell down so generally of this disease, as they were (in the end) not able to help one another; no, not to make a fire, nor to fetch a little water to drink, nor any to bury the dead; but would strive as long as they could. And when they could procure no other means to make fire, they would burn the wooden trays and dishes they ate their meat in, and their very bows and arrows; and some would crawl out on all fours to get a little water, and sometimes die by the way, and not be able to get in again. But those of the English house, (though at first they were afraid of the infection,) yet seeing their woeful and sad condition, and hearing their pitiful cries and lamentations, they had compassion of them, and daily fetched them wood and water, and made them fires, got them victuals whilst they lived, and buried them when they died. For very few of them escaped, notwithstanding they did what they could for them, to the hazard of themselves. The chief Sachem himself now died, and almost all his friends and kindred. But by the marvelous goodness and providence of God not one of the English was so much as sick, or in the least measure tainted with this disease, though they daily did these offices for them for many weeks together. And this mercy which they shewed them was kindly taken, and thankfully acknowledged of all the Indians that knew or heard of the same; and their messengers here did much commend and reward them for the same.”

We can learn much from this short episode from the Pilgrims. Despite the danger to themselves and the fact that the Indians tended to be their enemies, they show compassion towards their fellow men and helped as much as was possible, given the times in which they lived. Especially, today when we are dealing with an outbreak ourselves, we can learn much.

Dietrich Bonhoeffer, Lutheran minister who worked against Hitler and was part of the Valkyrie plot to assassinate him who later was executed just days before Hitler’s demise, talked about the religion of Christ. “The religion of Christ is not a tidbit after one’s bread; on the contrary, it is the bread or it is nothing.” The apostle James stated in James 1:27 “Pure religion and undefiled before God and the Father is this, To visit the fatherless and the widows in their affliction.” Most of the citizens of American claim to be Christian. Are we still a Christian nation?

I start where I left off. During this time of trial of all humankind, will we seek to relieve the suffering of our fellow man in with whatever issue they are dealing with, whether physical, financial, mental or some other issue? Or will we withhold our help and support from those in need. We will be in service to our fellow man and thus, serve God or will we choose some other path? Each of us must decide. I hope we, and that includes me as well, will do as Joshua directs and “Choose ye this day whom ye will serve…But as for me and my house, we will serve the Lord.”