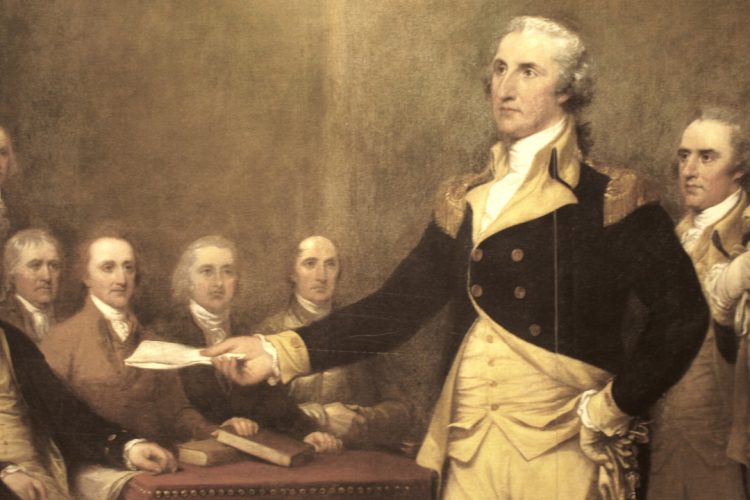 Owing to the continuing misconception by numberless hosts of elected officials, bureaucrats, educators and countless others who maintain that the three branches of government— the legislative, executive and judicial branches— are co-equal in authority or power, I have sought to dismantle and correct the argument. It is unfortunate that society has been miseducated by so many into believing this fallacy. My intent is to prove otherwise by logic, by the words of those who came before to erect such forms of government that are meant to be representative and not tyrannical. And once we properly understand how government works, we can better understand how to correct the misfunctioning government.

The main problem with the concept of co-equal branches is that we have come to believe that each branch is provided with the means to defend itself against the intrusions of the other branches known as checks and balances. While the checks and balances are vital in republics where powers are divided into three main parts, the powers granted are not equal in authority and cannot, therefore, provide for equality among the parts.

The branches are not and cannot be co-equal by the simple fact that two of the three cannot act at all without the branch that is necessarily superior to the other two. Eliminate this one branch and government ceases to function. Eliminate one or both of the other two inferior branches and function does not cease but can continue with the superior branch’s actions that can provide for continued functioning of government as it creates the means to fulfil the roles of the other two branches. I am speaking of the legislative branch. It is the superior branch.

John Locke supports this argument as stated in his Second Treatise of Government, “The first and fundamental positive law…is the establishing of legislative power…This legislative is…the supreme power.” Locke explained further that the legislative power is the power to direct the commonwealth or the nation, state, or other government of this kind.

James Madison also explained in Federalist 51 “In  republican government, the legislative authority necessarily predominates.” Domination means exactly that- it is superior. And because this one branch, the legislative, is superior, the Framers, in the case of the US, intentionally divided the power further into two houses to make despotism by this branch more difficult still. You will note that the Framers did not divided the authority of the other two branches simply because that authority, as long as all branches use their authority within each’s proper sphere, were much less likely to act despotically. The real threat, functioning properly comes from the superior branch, the legislative.

Next, the judicial branch, too, is limited by the legislative authority in a similar way. There is nothing to judge if there is no law to judge a case against. Without a law, a judge cannot provide his opinion, as Montesquieu states is the authority of a judge in a republic, “I absolve (declare not-guilty), I condemn (guilty), it does not appear clear to me.” If there is no law, he can do none of the mentioned functions. Simply stated, guilty of what? Even between two private individuals, if there is not law of guaranteeing contracts, the judge has no authority to declare a violation of the contract or lack of violation thereof. He cannot act outside of the law. And a judge cannot change, make, or end any law on his own. That is the role of the superior branch- the legislature. Whether there seems to be some kind of injustice or other reason, he cannot act outside the law. The judicial branch is dependent on the legislative.

When a judge rules that the legislature cannot meet, or that they can only meet at specific times, he has exceeded his authority. Or if he changes a law by declaring it unconstitutional or if he judges on anything outside of his jurisdiction, he has exceeded his authority. An example of this is any federal judge that rules on a law passed by a state that concerns only the state and its citizens, he has exceeded his jurisdiction, as no intrastate jurisdiction is provided. Declaring that bans on abortion laws by the several states are unconstitutional, he has declared himself with legislative authority and repealed the law, which is itself unconstitutional, as no power of legislation is granted the judicial branch. Again, he can only declare “absolved, condemned or it is unclear,” based on the law.

Legislative bodies must recognize the fact that they are superior to the other branches, particularly now when executives across the nation have become despotic, and the legislatures impotent against the executive onslaught of usurped authority. Similarly, when legislatures and even executives review judicial branch rulings as their litmus test to determine whether or not to pass a law that the judicial branch may void, they have become impotent against the judicial onslaught of usurped authority. It is completely up to the legislative branch to seize the authority that the people granted to them as found in our constitutions and return government to its proper balance with the legislative branch assuming the superior role in government with the executive and judicial branches in their proper subservient roles.

Government has three branches of government. But they are not co-equal. The legislative branch is necessarily superior to the other two. A proper functioning government will understand and follow this. A proper functioning government will necessarily have citizens involved that understand this lack of equality and ensure that each branch is functioning with their proper spheres and within the confines of the powers granted by the people as enumerated in the constitutions we provided government.