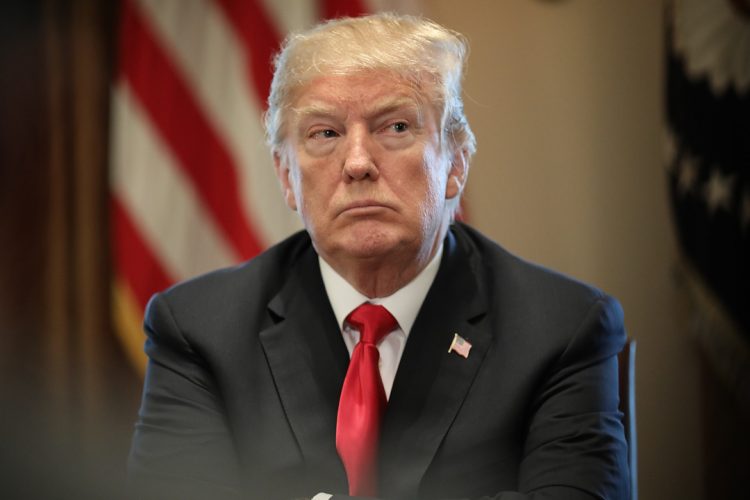 All the talk of impeachment of President Trump has shown the disdain for the Constitution that the parties have or, at the very least, how uneducated about the Constitution they are. I will attempt to demonstrate just a few ways of how this is true.

First, the requirement for impeachment in the House of Representatives, followed by trial and removal by the Senate upon conviction, requires that the president must be convicted of “Treason, Bribery or other high Crimes or Misdemeanors.” Impeachment does not mean conviction is a guarantee.

Has the president committed treason, received bribes or committed a high crime or misdemeanor? Is asking another country’s leader to do something, even if it means withholding money to be sent to the country unless the request happens, a crime? If it is, former VP Joe Biden committed a crime. However, it is not. In fact, requests from by one leader to another happens daily, even by members of Congress. It is not an abuse of power. Investigating any individual who may have committed a crime, such as election tampering or in violation of international law is the responsibility of the president, whether the individual is a political enemy or political ally, is required by the Constitution in Article II, Section 3, which requires that “he shall take Care that the Laws be faithfully executed.” Any violation of law would require him to investigate to ensure that they were “faithfully executed” or if not that the required punishment was executed.

Thus, in this case, impeachment of the current president, who has been investigated for anything and everything, and yet nothing has been found to that level, though he may be known for inflammatory language and opposing policies of political opponents. The impeachment and removal requirements are set high for a reason- so Congress cannot replace an executive for any reason they choose. By moving forward with impeachment without being able to even point at an act that even alleges a crime of any type, even a “low crime or infraction,” shows the disdain or lack of education of the members of Congress concerning the Constitution.

Next, as mentioned before, the president is known for his inflammatory language, which includes a demand for Adam Schiff, Doug Collins, Nancy Pelosi and others to be impeached. However, this is not possible under the Constitution. Impeachment and removal are the jobs of the House and the Senate respectively, for them to remove members of the judicial or executive branch, not for the legislative branch. To remove members of the legislative branch, Article I, Section 5, paragraph 2 provides “Each House may determine the Rules of its Proceedings, punish its Members for disorderly Behaviour, and, with the Concurrence of two thirds, expel a Member.” There is no other way to remove a member except by a vote of the people on the regularly appointed election day, not even by a “recall vote,” which is not provided for, though some people want it. Thus, this demand shows ignorance of or disdain for the Constitution by the president and even by many citizens.

Next, a Democratic member of the House Appropriations Committee has threatened to withhold pay from executive branch officials (president and possibly others) unless the executive branch complies with the demands of the committee. Article II, Section 1, paragraph 7 requires “The President shall, at stated Times, receive for his Services, a Compensation, which shall neither be increased nor diminished during he Period for which he shall have been elected.” If the stated times are monthly stipends or bi-annual or whatever and he does not receive the compensation, it is in violation of the Constitution. Thus, either a disdain for or ignorance of the Constitution by that member.

One final point concerning the impeachment and trial of a president, something that was not followed in the case of President Clinton. The impeachment was done properly but the trial was not. Interestingly, Chief Justice Rehnquist, a supposed scholar of the Constitution, did not know what to do next once he had sworn in the members of the Senate, and neither did the 100 Senators. A simple understanding and reading of the Constitution would have answered it. Article I, Section 3, paragraph 6 reads “The Senate shall have the sole Power to try all Impeachments. When sitting for that Purpose, they shall be on Oath or Affirmation. When the President of the United States is tried, the Chief Justice shall preside: And no Person shall be convicted without Concurrence of two thirds of the Members present.”

Simply understood, it requires the Chief Justice to preside, meaning that he makes all the decisions as to the witnesses, the evidence presented and so on, just like in a court of law. However, the one decision he cannot make is that which is described in the Constitution, that of the final judgement of conviction or not and (in the next paragraph), the punishment, which is reserved to the members of the Senate with a two thirds majority.

The Clinton case did not work that way. The senators made all the decisions, ran the whole trial with the Chief Justice basically advising on legality but generally twiddling his thumbs and NOT presiding. In other words, the “jury” decided how the trial was run, not the judge. Thus, in that case, the Senate and the Chief Justice showed the ignorance of or disdain for the Constitution.

Will the next trial, if it comes to a trial, work similarly? The likelihood that the Senate or others will follow the Constitution, whether knowingly, unknowingly or whether they disregard it knowingly or unknowingly is high.