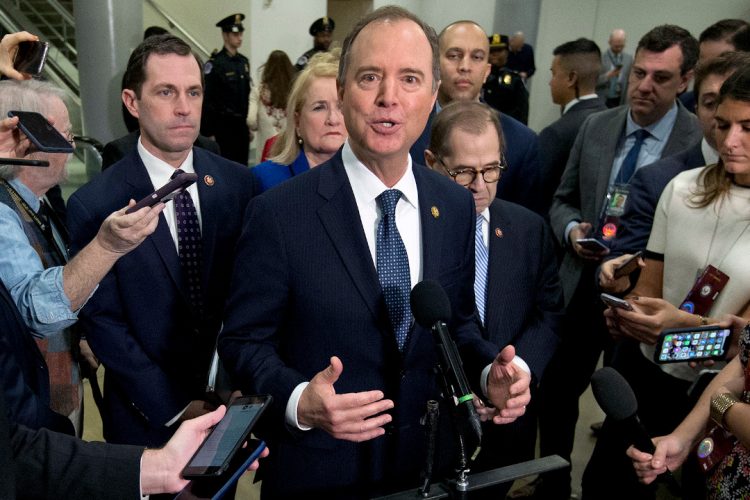 The Democrats in the impeachment hearings focused much of their time on what they called a quid pro quo by the President of the United States. This so-called abuse of power resulted in a partisan impeachment, not based on any “treason, bribery or other high crimes and misdemeanors,” as the Constitution requires, but simply political disdain and contempt for the president’s policies and rhetoric. With the president impeached the trial has begun and the same points are made concerning the quid pro quo phone call/actions taken by the president.

So, what of quid pro quo? In light of what may or may not have actually happened everyone should understand what quid pro quo is. To be short it means something for something. Today, we might say “a favor for a favor,” “tit for tat,” or “you scratch my back, I’ll scratch yours.” What one might do is give a good or a service in exchange for something of value in return. It is an exchange of things of value.

With that understanding, let’s put this in the perspective of the president’s so-called quid pro quo. For argument’s sake, let’s say that in the phone call or from the testimonies of the witnesses used in the House impeachment hearings that President Trump DID actually demand that an investigation into Burisma and the Bidens, otherwise, he would withhold foreign aid to Ukraine. With this demand, let us say that Ukraine gave into that demand and provided the exchange of something that Trump valued, the investigation, for something Ukraine valued, foreign aid. That does fit in with the definition of quid pro quo.

So, what of it? Is it in the best interest of the country or for Trump? It could be for both. The American people should know whether or not the actions of the Bidens violated US law, or were at least corrupt in nature. But for the sake of the argument let us say that it would only benefit Trump. The question then is what law was broken? Would it be as corrupt as what Biden did, as he admits on camera? Yes. But was it a violation of law? No. In fact, Alan Dershowitz, registered Democrat, argued in the trial of President Trump, on January 28th, “Even if a president, any president were to demand a quid pro quo as a condition to sending aide to a foreign country…that would not by itself constitute an abuse of power…Quid pro quo alone is not a basis for an abuse of power. It’s part of the way foreign policy has been operated by presidents since the beginning of time.”

The question then is, because it is not a violation of law, should quid pro quo become a violation of law in order to remedy the Democrats perceived corruption? The answer is emphatically no! In fact, it never can be. Why? That is how government, politicians, individuals, the economy, and even life itself works! Governments, when working with other countries, work by quid pro quo. Negotiating tariffs or any trade deals, negotiating peace, either to prevent a war or at the conclusion of a war, in short, negotiating anything with other countries requires quid pro quo- even war itself! Negotiating for a better deal requires quid pro quo! We may demand that another country drops the rate of their tariffs and we’ll do the same, for example. They give us something of value and we return the favor. It may not be one to one, or an equal exchange but it is an exchange of things of value.

What about the rest of us? Yes, you and I live and breathe quid pro quo. I offer money for food — one thing of value for something else of value. Quid pro quo. You go to the doctor seeking his service. You exchange money for his services. Quid pro quo. Even if you leave out cash and exchange products or services, it is the same. I would go so far as to include voluntary service or charity work or gifts. Why do you give service or gifts? If for no other reason than you take satisfaction in helping your neighbor, you are exchanging the gift or service for something that you value- feeling happy, satisfied or however you feel when you do something for another person. That is still a quid pro quo! Making quid pro quo a crime would end the economy, end life as we know it. We do not exist without it.

In conclusion, quid pro quo should be understood that it is how life works. It is how government, the economy, even volunteer service and charity work. If quid pro quo actions are bad, including the president’s actions, whether personal or for the good of the country, then every single American, every single living person on earth is guilty of quid pro quo. Quid pro quo is not a crime but normal life as we know it. The president, whether his actions were a quid pro quo or not, did not commit a crime of any kind regarding Ukraine. Quid pro quo is humankind’s stand operating procedure. If we value our country, we must quid pro quo those representatives in Congress bent on impeaching the president out of office. We must exchange something of value, our votes, with something of value, wise, honest and good public servants. Quid pro quo? YES!