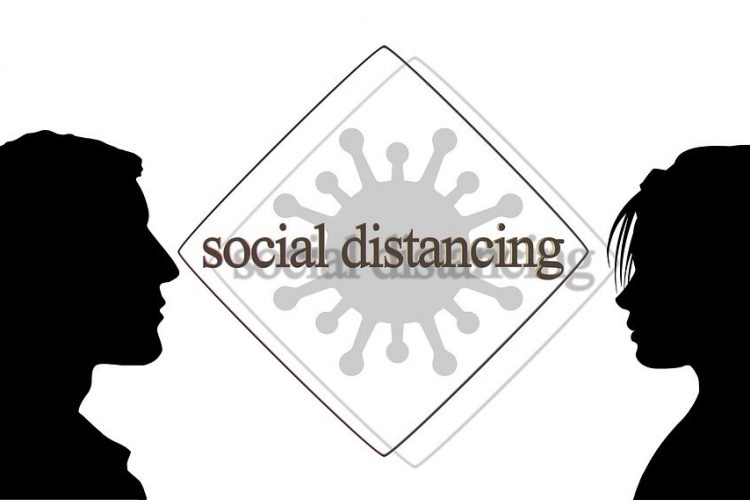 In our present crisis, there is much to worry about. I discussed much of this in a previous article, The American Crisis – March 2020. These include the violation of unalienable rights by government among many other failures that government is exceptionally good at. However, one thing that I did not address is the effect that these infringements are having on the citizens. Here I wish to discuss personal experiences, which, though not universal are nonetheless occurring with more frequency and will likely become more frequent and universal with time.

First, a little background. When I was a student teacher, my mentor teacher suggested a special guest that he brought into the classroom each year when he taught about Eastern Europe, which included its history and focused on more modern history, particularly the communist controlled history.

The individual was German, who escaped from East Germany when she was a child of about 10-12. Without going into the details leading up to the communist occupation, she described a constant foreboding sense that she and others of her family would be taken. She remembered that someone had turned in a neighbor for raising an extra pig and “hoarding” potatoes and other food and keeping them hidden from a government that would surely take the “extra” away. She never saw her friends or that family again. Why? Neighbors had turned in neighbors.

The result of a government that sought to control food, control medicines, control movement of its citizens, prohibit citizens from leaving their country, in short, control every part of the economy and every aspect of their lives was that nobody trusted anybody, whether the government official or their fellow citizen whose plight was the same as their own.

When her immediate family (mother, father and her siblings) decided to escape they never bothered to tell her or her siblings the plan for fear that their own family, their own children would turn on them and inform the government of their subversive intentions. In fact, children were encouraged by government to inform on their parents or other family members. Neighbors were encouraged to inform on one another. Government taught distrust to their subjects, both adults and children. This was all done for the good of the people.

But this was not all, my mentor teacher, who taught in the Ukraine for a year just a couple of years after the fall of the Berlin Wall, remembers watching how pedestrians would walk down the street to wherever they were going, would cross the street before getting to one particular building, walk past the building, cross the street again and continue on. That building was the KGB building and despite the building being unoccupied, citizens still felt the ominousness of the building. Thus, they distanced themselves from it, though no evidence existed of anyone be taken, tortured or some other evil act be thrust upon them.

You ask, “what does this have to do with our present crisis?” Though not exactly the same, I believe we are headed down that same path. I am blessed to work from home, long before the requirement mandated by government. We need only go shopping for groceries or other goods every couple of weeks, sometimes less frequently. However, just this week, a full week into a government shutdown of businesses and prohibition of non-essential travel, the visitation of family or neighbors outside of your own household, churches being shutdown and any public gatherings, including gathering your own family to enjoy a meal at a restaurant, it has been eerily similar in my observations. Again, I am not saying it is universal yet but the path is the same.

At a grocery store I saw so many people wearing gloves and facemasks of all sorts, and, of course, social distancing, not just in line but in the aisles, in the parking lot, everywhere. This may be somewhat the norm in larger, much more populous cities but not here. People were generally avoiding eye contact, and despite trying to say a simple “hi” or “how’s it going” would generally bring no reactions, no smiles (if their face was uncovered), nothing. I intentionally tried greeting people more so than I normally would, including the employees. Even an acquaintance that I ran into was standoffish. Glass was put up creating a barrier between customer and cashier, ominously representative of barriers of all kinds that we have put up between ourselves and others. Handshaking, hugging, smiles, simple warm greetings even between strangers seems to be a thing of the past. It was eerily similar to the experiences explained by the classroom guest from East Germany.

Moreover, it does not help and provides more of a sense of a menacing threat that Idaho’s attorney general provided answers to frequently asked questions coming into his office concerning the stay-at-home order from the governor, the state. Here is the one question of concern:

“3. How do I report individuals not following the order?

“If you believe someone is violating the Stay at Home order, report it to the local authorities. That may be city police, county sheriff, or Idaho State Police depending on the circumstances. The Governor, the Department of Health & Welfare, and the Attorney General’s Office do not have enforcement authority under the statutes authorizing the order or under the order itself.”

In other words, we should be informants of our neighbors who you believe may be violating the order. Who knows? Children may even know violations and can be reporting. Again, this helps to destroy trust with our fellow citizens and even family. There are fewer, more effective ways to get their subjects under control than to divide us from one another, even and especially families, than by creating distrust, suspicion and jealousy. Hoarding of TP or other sanitary products helps create that jealousy and distrust. What better way to prepare the people to relinquish their freedoms, the love of their fellow citizens and a desire to help one another in their fight for freedom from an oppressive government and even to help one another in times of scarcity, whether perceived or actual, than this?

Social distancing is not the norm in a free society. It is normal, however, in a despotic regime, under the guise of doing it for the good of the collective. It aides in creating distrust, suspicion that the other person is out to get us even though an extremely few are ever out to get one another, whether intentional or not, and jealousy because of a perceived or actual scarcity of essentials because of hoarding or actual need created by a crisis. However you look at it, it is government that is pitting us against one another. It is government that can and will use a crisis to consolidate power, to control all means of production, to control every aspect of human life, all in the name of the good of the people, of who they care little about, except themselves as the one in charge.