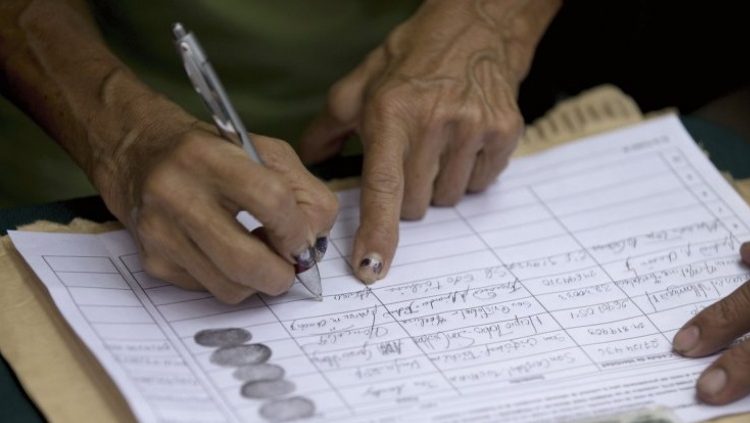 Tyranny comes in many forms. Most notably it comes through dictators like Hitler, Stalin or through other autocratic forms of government where one person is at the head of the government and where he has his minion oligarchs that bolster and encourage the autocrat, typically for their own benefit, whether for money or for power. It also comes through representative forms of government that act beyond the powers granted to government.

John Locke stated “Tyranny is the exercise of power beyond right, which nobody can have a right to. And this is making use of the power anyone has in his hands, not for the good of those who are under it, but for his own private separate advantage. When the governor, (or whoever is using a power) however entitled, make not the law, but his will, the rule; and his commands and actions are not directed to the preservations of the properties of his people, but the sanctification of his own ambition, revenge, covetousness, or any other regular passion.”

A simple understanding of what natural law and what individual natural rights are can help us understand that much of what government does violates those unalienable rights, and the initiative process by a mob will fair no better. To be short, government’s sole purpose is to protect, not provide, but protect life, liberty and property. They do this by playing referee, if you will, when a violation occurs between two or more citizens, ensuring that reparations are made by the violator to the citizen whose rights were violated. Naturally, government should not violate either. Furthermore, government may only act where powers are or can be granted. The people cannot grant power to government to take from one person and give to another, as the individual citizens do not have that power in themselves. Again, government may only protect, not provide for life, liberty and property.

While many people think that the initiative process was created for the people to force legislation upon government that fails to act, in reality, it is a power easily abused and typically not used for that purpose. It is used, as Locke commented, for their own private advantage, because of their covetousness or other regular passion, rather than the preservation of the properties of the people. It is a tool for the mob to get what they want, ignoring the fact that government was empowered to make laws, while ignoring the natural rights of citizens of the state or local area that uses the process.

Without going into detail or arguments of the various propositions in California in just 2018, of which there were 12, the first four were authorizations for more bonds in a state already deeply in debt, roughly $450 billion worth. These propositions include debt for housing assistance programs, for environmental protection projects and funding for hospitals providing health care for children. Other propositions include regulation of prices for kidney dialysis, expanding local government authority to enact rent control on residential property, and new standards of animal confinement and bans products that do not comply with the standards.

California saw 17 initiatives in 2016, which include more debt, fees on hospitals to fund the state’s version of Medicare, specific extension on high income taxpayers to pay more for education and healthcare, more taxes on cigarettes (44% increase), condom use by adults in adult film making, prescription drug price controls, 2nd amendment infringements, and a ban on single-use plastic bags for groceries.

There are other examples of ridiculous propositions. In 1993 saw San Francisco with an initiative that would allow a police officer to walk his beat with a ventriloquist’s dummy. Arizona saw a proposal in 2006 that would award $1 million dollars each election year to a resident of Arizona called the Arizona Voter Reward Act. Denver saw a proposition to set up a commission to track aliens (the ET kind) in 2010. Then there was a proposal in Ohio to spend $52 million to build a new elephant house for the Cincinnati zoo because they had four with one pregnant and officials threatened to ship them off unless the proposal passed. These all seem to be great uses of the initiative process.

Is this what Idaho wants and needs? Do we want initiative such as those in California that spend money, that put Idaho in more debt, that violate the property or other natural rights of citizens? Some people say that Idaho’s Constitution prohibits that, as does the US Constitution. However, there is no guarantee of that. The 2nd Amendment can be no clearer, that individual rights cannot be infringed, yet even the state legislature of Idaho still infringes on 2nd Amendment rights.

What about private property rights, which include not just real estate but any other property including vehicles, personal property and income? Take Proposition 2 of 2018, which mandates Idaho to expand Medicaid to those who don’t have insurance or don’t qualify for Medicaid. That is taking money from those who have and giving to those who have not, a violation of the natural rights of citizens, in short legalizing theft of property, which neither government nor individual citizens may do, yet have done.

If we look at potential measures for 2020 in Idaho. One increases Idaho’s minimum wage to $12 per hour. This violates the rights of both employers and employees to determine for themselves voluntarily how much should be paid. The initiative forces employers to pay regardless of ability to pay and ignores the skill level required for a job. Wages should be solely decided by voluntary agreement between the employer and employee. No power was or could be granted to government to make that decision.

Then there is the education funding initiative. It hopes to increase the tax rate on incomes above $250,000, and increases corporate tax rates to pay for the increase in spending, clearly violating the rights of those citizens and ignoring the fact that it is flat out stealing from them and not providing anything in return, unless they have children in public schools. This clearly violates the rights of the so-called wealthy and ignoring the fact that all citizens, to be fair and equal, should be paying equally, rather than unequally, a clear violation of the Constitution’s Equal Protection Clause, not to mention the Takings Clause of the 5th Amendment where government cannot take property without due process and without just compensation. No compensation is provided here. It is simply taking.

Finally, if we take a look at the history of Idaho’s initiatives, the history of which may be found on Idaho Secretary of State’s webpage, with the first coming in 1938 and including all through 2018, there are 30 total initiatives that have come before voters. This does no include referendums or constitutional questions or any other ballot questions that were not initiated by citizens. It is only initiatives. For those who view the initiative process as a way for citizens to put government in check or limit government, to pass laws that the legislature refuses to pass that will safeguard the rights of Idahoans, they are sadly mistaken. Of the 30 that have been presented, half have been adopted and half defeated.

From the 15 initiatives that were adopted, 11 enlarged government, 3 limited or shrunk government and 1 did neither, but simply declared support for nuclear energy. The expansions include Medicaid expansion, creating the state lottery, creating requirements for sunshine laws, granting seniors a monthly stipend and burial funds and creating the fish and game department. Limits on government include property tax exemption creation, striking out a legislative pay increase and limiting government ability to change property values and taxes.

From the 15 initiatives that were defeated, 11 would have enlarged government and 4 would have limited government. The expansion would have limited alcohol consumption both statewide or locally, increase funding for public education and prohibit dogs or bait in bear hunting. The limits on government would have included limiting property taxes to 1% of the value, restricted eminent domain takings, and exempted food in sales tax.

In short, of the 30 initiatives the citizens of Idaho voted on, 22 created or would have created bigger government, whereas only 7 limited or would have limited or shrunk government. One was basically a question of opinion, a waste of time and thus, could be considered enlarging government simply by forcing the measure on the ballot with all government’s time and efforts used to print and count the votes.

In conclusion, if we take a look at the initiative process and when states started to allow them, most (18 of 24) occurred during the Progressive Era, the same era that gave us the 16th Amendment (the progressive income tax), a loss of state representation in Congress (17th Amendment), and mobocracy (initiatives), making us more “democratic” in our republics. The United States nor the individual states are democracies. The more “democracy” we have the more likely the violations of the rights of citizens in the property, liberty and lives, as well as the rights of citizens in their crafted form of government will fall prey to the tyranny of the initiative process. As has been shown, the initiative process that many claim we need to keep or place government in check has actually enlarged or attempted to enlarge government about 75% of the time. Is the initiative process needed to keep government in check? Clearly not. Idaho must end democracy and return to our republican roots—as guaranteed by the US Constitution, as well as Idaho’s.