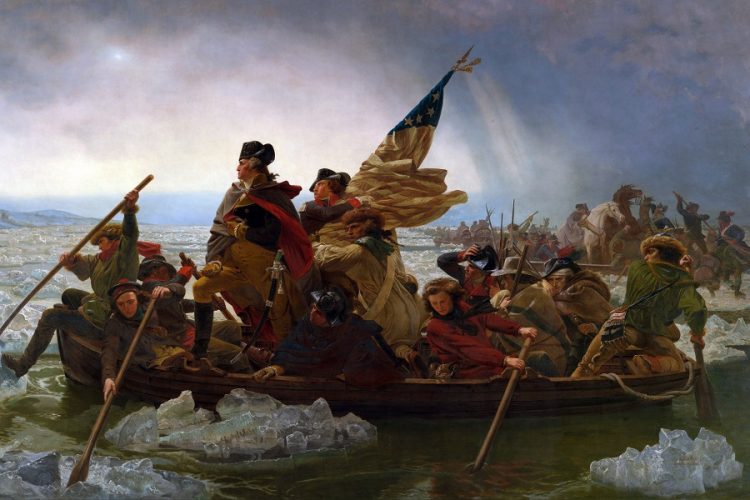 The first Christmas began in a small town near Jerusalem in a town called Bethlehem, the city of David. Bethlehem means “House of Bread,” the perfect symbolic birthplace of the “Bread of Life.” No individual has had such a profound and eternal influence on human beings since the world that He created began. The life and teachings of Jesus Christ even played a serious role in the lives of the Founders of the United States.

Take Thomas Jefferson, for example, who many think is a deist. The level of Jefferson’s deism, if he is such, is still disputed. However, the influence of Jesus Christ’s teaching and example can be seen in Jefferson’s words and actions. Captain Edmund Bacon, one of Jefferson’s overseers, detailed how Jefferson treated his slaves. Bacon stated that Jefferson rarely allowed whipping, even when the slave deserved it. For example, one slave stole nails and hid them. Once discovered, Jefferson verbally chastised the servant telling him to “Go and don’t do so any more.” This is similar to the story of the woman who had been caught red-handed in adultery and brought before Jesus to be judged. After telling the crowd “He that is without sin among you, let him first cast a stone at her.” The crowd dispersed and finding Himself alone with her asked her where her accusers were and then charged her “Go and sin no more.” Clearly, some influence of Jesus’ example is found in Jefferson’s actions.

Jefferson’s words are no less clear about the teachings of Jesus. In a letter to Benjamin Rush, another signer of the Declaration of Independence, he wrote “To the corruptions of Christianity I am, indeed, opposed; but not to the genuine precepts of Jesus himself. I am a Christian, in the only sense in which he wished anyone to be- sincerely attached to His doctrines, in preference to all others.” And to Dr. Joseph Priestley, “His (Jesus Christ) system of morality was the most benevolent and sublime probably that has been ever taught, and consequently more perfect than those of any of the ancient philosophers.” And a few years later, again to Priestley, “When we shall have unlearned everything which has been taught since His day, and got back to the pure and simple doctrines He inculcated, we shall then be truly and worthily His disciples.” Jefferson’s words and actions are not to be taken lightly concerning the Christ.

George Washington, too, who attended Christ Church in Alexandria, Virginia, was a vestryman at the church. The church recently pulled down a memorial plaque to Washington who attended for more than two decades, according to the Washington Times, dishonoring itself and our first president. Of course, we know the story of Washington’s crossing the Delaware River on Christmas day. Washington was fighting for the liberty of his people on that day. Just 1776 years earlier the Savior of mankind began His fight for the liberty of His people, the purpose of which was liberty from sin and death.

Washington himself said in a circular to the states “I now make it my earnest prayer that God would…most graciously be pleased to dispose us all to do justice, to love mercy, and to demean ourselves with that charity, humility, and pacific temper of mind which were the characteristics of the Divine Author of our blessed religion, and without an humble imitation of whose example in these things we can never hope to be a happy nation.” Finally, I leave you with a poem that Washington probably copied from a magazine from London called “On Christmas Day.”

Assist me Muse divine to sing the morn,
On which the Saviour of mankind was born;
But oh! what numbers to the theme can rise?
Unless kind angels aid me from the skies?
Methinks I see the tunefull Host descend,
And with officious joy the scene attend!
Hark, by their hymns directed on the road,
The gladsome shepherds find the nascent God!
And view the Infant conscious of his Birth,
Smiling bespeak Salvation to the Earth!
For when the important Aera first drew near
In which the great Messiah should appear;
And to accomplish his redeeming Love,
Resign a while his glorious throne above;
Beneath our form should every Woe sustain,
And by triumphant suffering fix his Reign,
Should for the lost man in tortures yield his Breath
Dying to save us from eternal Death!
Oh mystick Union!—salutary Grace!
Incarnate God our nature should embrace!
That Deity should stoop to our Disguise!
That man recovered should regain the skies!
Dejected Adam! from thy grave ascend,
And ours the Serpent’s Deadly malice end;
Adorning bless th’ Almighty’s boundless Grace
That gave his son a Ransome for thy Races!
Oh never let my soul this Day forget,
But pay in gratefull praise her annual Debt
To him, whom tis my Trust, I shall [adore]
When time and sin, and Death [shall be no more.]

I pray that all will have a very Merry Christmas and hope that we do as Washington begs us to do—humbly try to imitate His example!