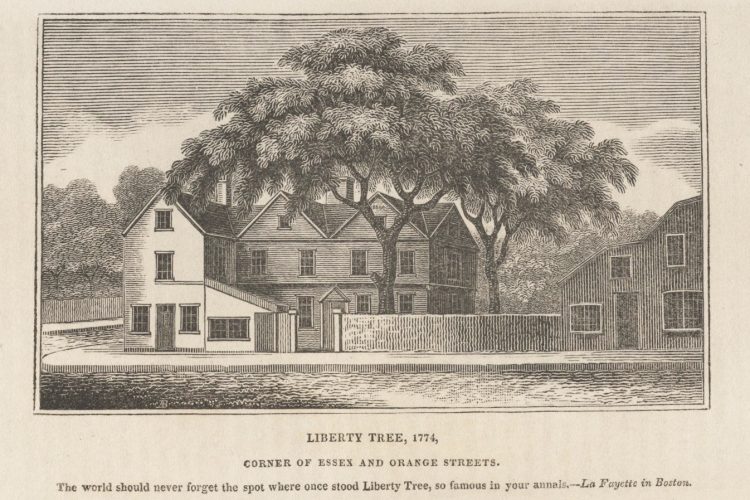 It is said that the generation that loses its freedom will never again recover it. Once that liberty is lost, only then will those that lost it recognize how precious and also how truly fragile that lost liberty was. Only then will they recognize that the safety and security for which they sought, for which they thought their leaders could guarantee could only be guaranteed in liberty and not by man. Only then will they understand that through the blood, sweat and tears of patriots of old could the tree of liberty survive. Only then will they understand how the tree of liberty was their monument set up to remind them that they must jealously guard and pay attention to the tree of liberty, nourishing it with all the efforts that liberty loving people must do, if they want the tree to survive. Are we that people — the people who have failed to recognize the dying tree and have allowed that great monument to be destroyed and our history of liberty forgotten, thus ensuring future generations to wallow in the mire of slavery, death and destruction?

Only recently, the last 244 years, has the glorious light of liberty dispelled the darkness of bondage, of slavery, of death and destruction, of government ruled by fallible men. Like any other tree, the tree of liberty needs light to grow, water and good soil to nourish it so that it may survive. The land upon which the tree of liberty was planted has been fertile, with plenty of moisture from the blood, sweat and tears of patriots to aid in its survival with plenty of light through the people’s constant attention to the ideas of liberty, what liberty means, how to protect it and what they must do to ensure that liberty thrives.

However, with liberty secured, people tend to become complacent in their efforts, seeing that the tree of liberty is blooming ready to bring forth its sweet fruit that fills the souls of those who partake with the joys of life, the blessings of liberty, and the gifts that come from the pursuits of happiness. People tend to see that because the fruit they have stored up is plentiful to the point that they see no need to tend to the tree, they fail to perceive that the fruit spoils as quickly as the tree dies. Only by constant attention will they be able to enjoy the fruit.

Over the past several years and especially over the last several months, seemingly few of us have sounded the cry of warning to any who would listen and to numerous others who should listen, that we are on that very precipice, the precipice that will plunge us into the nightmare of ages past where the wicked rule, the people morn and where humankind has floundered for millennia, where we have recognized that the tree is dying, the delicious fruit is spoiling, liberty is being lost. We are sounding from the top of our lungs that there are those that are intentionally trying to chop down and tear down the monument known as the liberty tree and there are those that are facilitating its malnourishment. People seem to be failing to heed the warning cry. The warning cry is one that knows that rather than nourishing the tree with the blood of patriots, watering it with sweat and tears is much more beneficial in a land with soil known to be fertile ground for the tree of liberty.

However, the blood of patriots, a poor substitute for the proper care of the liberty tree, will be effective enough to save the tree before it becomes too late. But there is a point where the tree can no longer be saved, where it is only good to be cast into the fire because of those seeking to cut it down who have successfully done so.

The last several months especially have demonstrated that many people in positions of power who have been granted a stewardship to guard the tree from those seeking its destruction have, rather than protect it, combined with others seeking to cut it down and burn it. This tree, which is more fragile than glass, more delicate than a flower, more beautiful than any other vegetation in existence, is being rooted out of the land branch by branch, limb by limb, root by root. Unless immediate changes to the current route are made, liberty will die, and in many places, it will die with the best of intentions. It will die regardless of intent.

But when those stewards are endeavoring to destroy liberty, patriots must endeavor to destroy tyranny. Tyrants have their friends in power making it more difficult to destroy tyranny, but true patriots never shy away from nourishing the liberty tree with their blood, in order to preserve it. Those who choose to side with tyrants must be warned to cease and desist their evil ways or suffer the consequences, whatever they may be. Similarly, tyrants must be warned.

Those who choose to sit on the fence also must decide, for in this battle of good and evil, the fence will be pulled out from under them and they will be forced to join with the side of evil if they do not decide before evil pulls down the fence, for it is only the side of evil that seeks to expand its kingdom beyond any fences, beyond its proper dominions. There can be no lukewarm patriots, no summer and sunshine patriots that can nourish the tree of liberty. People must decide now, if they are patriot or a foe to liberty.