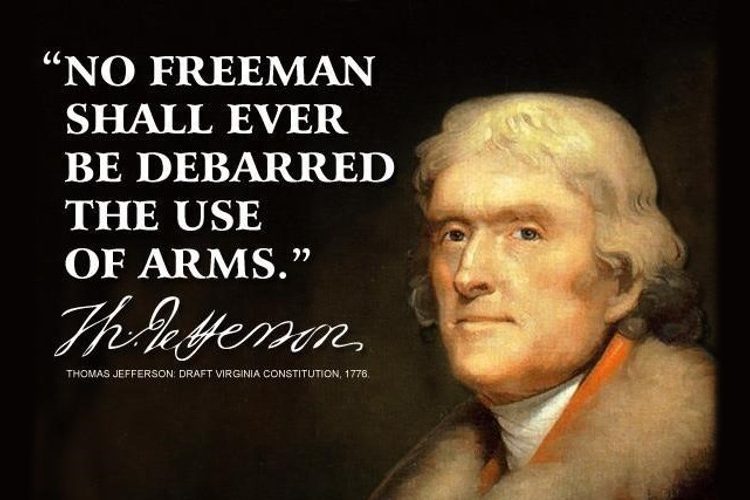 When it comes to our families, to our children, we parents will do nearly anything for them. Fathers’ inherent desires are to protect and to provide for their families. Mothers are natural nurturers and, along with fathers, they will protect their families. It was this way in the beginning and will continue to be so.

When multiple families form and reside in close proximity to each other, it is natural and normal that these families, and even individuals within families, to interact with each other for their mutual benefit. What is also normal among human beings is that there are times that each individual, family or groups of individuals will not agree with the actions or words of another. In addition, because every individual is different, every individual has different strengths and weaknesses both physically, mentally, and emotionally. Where one may be physically stronger, a community of families may determine that the stronger individual is the best person to act as the protector or enforcer of the community and its agreements or laws. Others may be better farmers or ranchers, clothing makers or dispute resolvers, and on and on. Working together families and communities can prosper by fulfilling their individual responsibilities to provide for their own.

There are individuals that will take advantage of these inequalities taking by force the life, liberty or property of another because they may be stronger or sneakier or some other reason. The purpose in forming a government outside of family government is so that each family or individual does not spend all their time trying to protect all that they work for. Thus, the community of families join together and form a government, maybe simply starting with a sheriff type that will enforce agreements between families that each voluntarily agreed to but where one may be trying to go back on. There may be individuals outside or even inside the community such as thieves that try to disrupt community life. By employing full-time protection they can focus their time on their farming, ranching or other labors. The purpose of government is to protect the life, liberty and property of each person.

A community that decides to form a government bestows certain, specific and limited powers upon government. Only those powers that each individual possesses in a natural state where government does not exist can be given to government. Where one individual has no power or right to act without violating the rights of another, government has no power or right to act in a similar fashion. For example, taking of another’s property without consent by one individual would be considered theft. Thus, government cannot take property (think money or other property) without the consent of the owner, otherwise it is theft.

In the case of an individual who must protect the lives of himself or herself, his or her family, or even another community member of another family who is clearly in danger of losing either life, liberty or property, each individual has the right and even the duty to protect. Can one individual demand of another individual that they protect themselves only by one means and not another? No. For example, one cannot tell another that the only means they may use to protect themselves is by use of a knife, or even their bare fists. Every individual has the right to determine the best means that he or she possess or may acquire to protect themselves. If that method of protection involves the use of a firearm such as a semi-automatic pistol, or an AR-15, that is the individual’s choice. Another may disagree with the choice for any reason but has no right to tell another what means they may use to defend themselves. When one demands that another only use certain means to defend themselves, there may be a hidden agenda of the one demanding the limited means, not to mention that limiting the means may cause the loss of the other individual’s life, liberty or property. Regardless of the reason, each individual may choose for himself or herself the best way to defend themselves. One must also take note that it is for defense, where the life, liberty or property is in jeopardy.

Applying this principle to powers given to government, only the powers given to government are powers that an individual possesses. Thus, if government, which is formed with the consent of the governed, may possess certain firearms, then it is clear that the individuals who provide the power and consent must necessarily possess the same powers to possess or use those firearms. If government or any individual requires that only certain means may be used for self-defense, such as only muskets may be used, then government and that individual, too, may only use muskets for defensive purposes. However, that is not the case. Any individual may decide for himself or herself what means they may use to defend themselves.

In our argument, because the US government may possess and use for defense, AR-15’s, semi-automatic pistols and so on, that power must necessarily have been derived from the people, meaning the people have the right to possess those same firearms. If not, then government has exceeded the limits and powers granted by the people over which it governs. Moreover, despite any and all requests by other individuals to limit the means by which others may defend themselves, government may not do what it has been granted no power to do. Because a power is granted to government, such as the power to defend the life, liberty and property of others, does not mean that each individual has given up their individual right to protect themselves. In fact, the right cannot be given up. Thus, government cannot ban firearms of any kind, or seize the means for individuals to defend themselves, especially from individuals who have done no harm to any others’ life, liberty or property. To do so would be a usurpation of authority not granted to government.

Additionally, it is the right of the governed to revoke any powers granted to government. Unfortunately, in order to revoke those powers, the use of force may be required. If, however, the means to revoke the usurped authority do not exist because the usurpers, that is, government has stripped their creators of the means, tyranny ensues and the government rather than the people becomes the supreme power.

Let us go think about another aspect of society’s problems of violence. In the case of individual murders, mass-killings or even bodily harm to others, the inanimate objects, whether the objects are swords, firearms, bats, cars, or any other object, the tools should never be the focus of the societal problem. Tools are never the problem. Without outside forces, such as natural forces or animate objects, like human beings or other animals, applying force, no tool can hurt or kill. This is simple, basic physical science. Those who claim that guns are the reason for so many being killed or injured have simply lost the ability to reason rationally. Society never blames the thousands of automobile accidental deaths on the existence of the automobile. While there would be no automobile deaths if automobiles did not exist, in and of itself the automobile cannot cause the death of another without some outside force applying force to manipulate it into being driven. They may break down which may cause the loss of control by the animate object using it which causes death but again, that would be the failure of the animate objects to detect and correct the flaws of the automobile in this scenario.

Guns are exactly the same. Without outside forces applied no gun can injury or kill another person. The responsibility for injury or death is always that of the person using the tool. Tools are never responsible. Blaming guns for the death or injury of others is as Isaiah said about inanimate objects, “Surely your turning of things upside down shall be esteemed as the potter’s clay: for shall the work say of him that made it, He made me not? Or shall the thing framed say of him that framed it, He had no understanding?” This would be absurd. So is blaming the guns for deaths as absurd as the clay saying to the potter, “You didn’t make me.”

In the case of “Gun-free school zones” this clearly violates the rights of teachers or other adults from protecting the lives of children who may be helpless in defending themselves. Furthermore, laws such as these that are designed to limit individuals from obtaining or using the best means possible to defend life, do nothing to prevent criminals from violating the law and the rights of others. Individuals bent on harming or killing others will never be dissuaded from violating one more law. Harming or killing another is already a violation of statutory law, not to mention natural law. Enacting further laws only prevents the law-abiding from fulfilling their duty and their right to protect themselves and others from harm or death.

In conclusion, the natural right of every individual is the right to life, liberty and property. The right to defend and protect those rights is inalienable. Government should not and cannot prohibit any individual from possessing, acquiring or using whatever means the individual desires to protect themselves or others from harm or death. Government possesses only those powers granted by the consent of the governed. The governed may only provide the powers that they themselves have. These powers do not include limiting any individual from possessing, acquiring or using any tool or defense tactic, to protect themselves, their families or their fellow citizens from harm or death. Rights are never subject to forfeit, even slightly, regardless of the demands of government or their fellow citizens.

When government declares itself with the sole power to protect or the only entity allowed to possess the means to protect, it has exceeded its authority and it is the right of the governed to revoke any powers granted.

Finally, tools are just that- they are tools. Tools, such as firearms, are never nor can ever be responsible for the harm or death of any human being. Only other human beings can utilize the tools in a harmful or deadly manner. It is the individuals that must be held responsible for their violations of the rights of others. What is not needed is gun control. What is needed is criminal control.