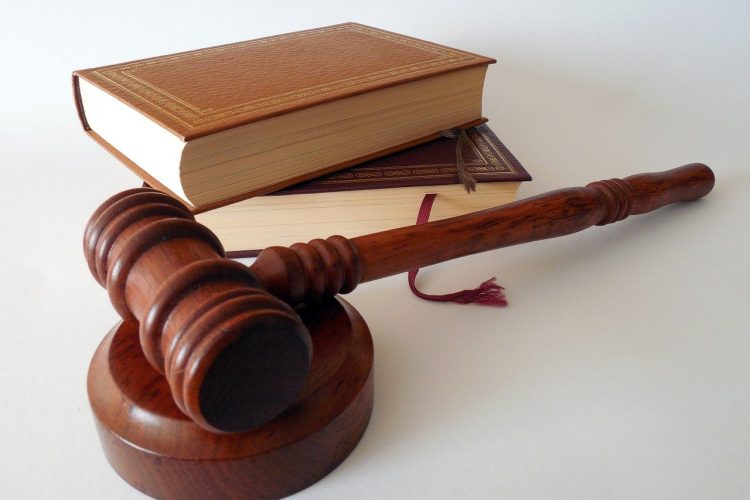 Nearly three months ago, Governor Brad Little decreed an extreme emergency declaration, ordering citizens to remain home. While his motivation may have been out of genuine concern for Idahoans, one could argue his actions have been that of a benevolent dictator, at the very least. In a previous article, Charges Against Governor Brad Little, I demonstrated his numerous violations of the guaranteed, unalienable rights of Idahoans, which rights are enumerated in the Idaho Constitution. Mind you that there are certainly unenumerated rights in both the Idaho and US Constitutions. In this article, however, I will show that it could be argued that he violated Idaho law, which, upon trial and conviction, would require his removal from office, with possible fines and prison sentences.

Beginning with the Idaho Constitution, Article I, (Legislative Department), Section 1 reads in part “The legislative power of the state shall be vested in a senate and house of representatives.” Remember, the legislative power is the power to make laws, which is not granted to the executive department.

Continuing in Article III, Section 15 states in part, “MANNER OF PASSING BILLS. No law shall be passed except by bill…and no bill shall become a law without the concurrence of a majority of the members present.” The manner of passing bills is included in this section but is unnecessary to demonstrate here for our purposes. Suffice it to say that the legislative department is the only department in Idaho with the power to make laws, passed in the form of bills by a majority of the representatives in both houses. While the executive department has power to sign or veto any bill, it has no authority to make or pass laws; only approve or disapprove of those passed by the legislature. But then it must execute the approved laws, as found in Article IV, Section 5.

Article VII, which is the Finance and Revenue Article in Idaho’s Constitution, as found in Section 13, reads, “MONEY — HOW DRAWN FROM TREASURY. No money shall be drawn from the treasury, but in pursuance of appropriations made by law.” Furthermore, Section 16 reads “LEGISLATURE TO PASS NECESSARY LAWS. The legislature shall pass all laws necessary to carry out the provisions of this article.” It does not read “governor,” “state tax commission” or any other department or agency. It emphatically declares that the legislature shall appropriate money from the treasury by the passage of laws, which laws must be done by bill, as stated above.

With this basic understanding of how government works, we are ready to move to the governor’s possible violations of laws. Continuing on in the Constitution of Idaho, Article VII, Section 10 states “MAKING PROFIT FROM PUBLIC MONEY PROHIBITED. The making of profit, directly or indirectly, out of state, county, city, town, township or school district money, or using the same for any purpose not authorized by law, by any public officer, shall be deemed a felony, and shall be punished as provided by law.” In other words, ANY use of money by ANY public officer, including the governor, for ANY reason when not authorized by law, which laws must be passed with a bill by the legislature, is a felony. Succinctly said, it could be argued that the governor’s actions may be deemed a felony with stipulated punishment, which punishments I will show.

In April 2020, Idaho received $1.25 billion is federal coronavirus aid. And in fact, the report[1] of receiving aid was not until AFTER the legislature adjourned sine die on March 19 and 20, 2020[2]. The legislature has not met since for any reason whatsoever, not even a special session that any reasonable person might believe the governor would call after his extreme emergency declaration. Yet, one might argue the governor has spent and continues to spend the unappropriated money from the federal aid. For example, in a more recent move, the governor plans to spend up to $100 million in one-time bonuses to incentivize Idahoans to return to work.[3] And just days ago, in a statement from the office of the governor it was announced “Governor Brad Little and legislators (Speaker Bedke and President Pro Tem Brent Hill ONLY, not the full legislature or even a large number or quorum of the legislature) announced today (on June 8, 2020) the state is leveraging federal coronavirus relief funds to cover local public safety personnel salaries, and giving cities and counties the opportunity to pass on the savings to property taxpayers.

“The move is expected to provide up to $200 million in property tax relief.”[4]

These are but two examples of where it could be said that the governor is using unauthorized, unappropriated funds.

The Idaho Constitution prohibits this type of use of funds as previously shown. The statutes passed by the legislative and approved by the executive departments are found in Idaho’s criminal code, Title 18 and specifically, Title 18, Chapter 57 deals with the use or misuse of public funds. 18-5701 reads

“MISUSE OF PUBLIC MONEYS BY PUBLIC OFFICERS AND PUBLIC EMPLOYEES.  No public officer or public employee shall:

“(1)  Without authority of law, appropriate public moneys or any portion thereof to his own use, or to the use of another; or

“(3)  Fail to keep public moneys in his possession until disbursed or paid out by authority of law when legally required to do so.”

The punishment for these potential crimes, with a trial and upon conviction, is found in 18-5702, the GRADING AND PUNISHMENT FOR MISUSE OF FUNDS, which describes the punishment for the abovementioned crimes. “(3)  Except as otherwise provided in subsections (1) and (2) of this section, any public officer or public employee who misuses public moneys in violation of section 18-5701, Idaho Code, is guilty of a felony punishable by a fine not exceeding ten thousand dollars ($10,000), or by imprisonment in the state prison for not less than one (1) year nor more than fourteen (14) years, or by both.” Subsection (2) is limited to less than $300 and subsection (1) deals with public employees not charged with keeping or disbursing money and they likely would not be applicable to the governor.

Additionally, 18-5702, subsection 5 states that if the individual is found guilty or pleads guilty, whether or not the punishment in fines and imprisonment are non-existent, light or heavy, it requires a few other punishments, namely, termination, restitution, disqualification from holding any public position, whether elected or non-elected, and, at the court’s discretion, he or she could lose any retirement benefits.

Now that we have the information about the possible criminal actions of the governor, not just his violations of the rights of Idahoans, as I have demonstrated in the past, but his possible felony violations of the law, we need to understand and even demand that a prosecutor take up the case. Is there a prosecutor who would take up the case? Are there legislators, the AG, or any other government official with the courage to demand his resignation, to demand that he cease and desist spending unappropriated funds until it an investigation can be completed to determine if prosecution might be warranted? Where are the people’s deliverers from any continued despotism? Or are there any?

Finally, why hasn’t the legislature been called in to advise the governor or to make the proper appropriations? I believe there are several legislators and other government officials that are disgusted by the governor’s actions, despite whether or not the actions are criminal in nature. I believe some, if not many, would not agree with how the funds are being spent. Is that why the legislature and by proxy, the people, are left powerless to decide how the funds are best allocated? It is hard to say. But this much I believe: It is time to stop being disgusted, to stop with the rhetoric; but rather it is a time to act.

I know I am not a lone voice, but I am a voice with only the power to vote and to make my voice heard. And as I said in the past, concerning the actions of those in authority, whether they claim they are not tyrants or think they are not, “by their fruits, ye shall know them.” It is time for this governor to go.